Seattle, WA – On Tuesday December 16th, 2014, Seattle Housing Authority (SHA) Director Andrew Lofton sent a letter to the Mayor and City Council announcing that Stepping Forward, a policy that would increase tenants’ rents by over 400% has been put on hold. According to the letter, a new policy will not be considered likely until at least 2016.

Tenants living in Seattle Housing Authority buildings, on rent vouchers, and in other SHA programs led a movement to ensure this policy would not pass. Tenants rallied, marched in the streets, flooded City Hall, and made their positions clear through call and response chants during SHA board of commissioners meetings.

Tenants have made their position clear that no policy that decouples rent from income will be acceptable and that tenants need to be included at the outset of any rent policy proposal. Nimco Abdirahman, an eighteen year old who fought against the proposal to ensure that her family of eight can remain in their homes, says, “This is what happens when amazing people get together and fight back for their rights. This victory is only the beginning of change”.

Though this is an important victory, tenants believe they still need to organize for accountability at SHA. Lynn Sereda, board member of the Tenants Union says, “When tenants work together and are determined, it’s possible to achieve a victory that people may have thought would be impossible…We still need to make sure that from now on there is greater city oversight of SHA and more accountability to SHA tenants and that we especially have a credible voice in the next Board of Commissioner appointments”.

Tenants are continuing to organize to ensure that this victory be made permanent by having the Mayor appoint Board Commissioners that share the values of SHA tenants and reject Stepping Forward, as well that the City Council enact a resolution seeking greater accountability to tenants in future SHA policy decisions that may still cause great harm. 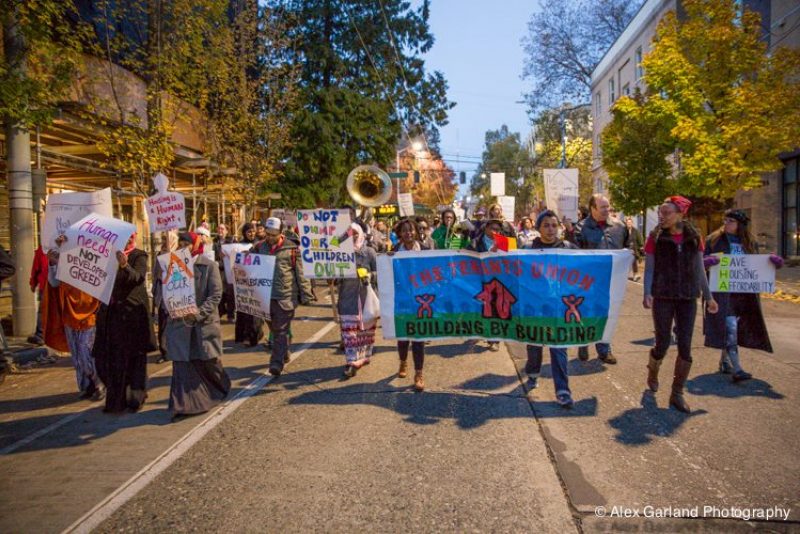